More than being coaches, I feel they are now lifelong friends that share my passion for financial freedom.My Coaching experience with your company exceeded my expectations 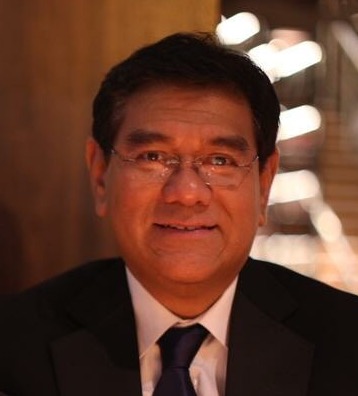 I’ve had an exciting life. Many things have happened in my life and I’ve considered writing a book. I even have a title picked out – “My Life as a Rocket”.

My name is Colin. I was born in Singapore, grew up there, went to school, started working at 17, got married, had two kids, bought a house, got a promotion and just when things were settling down – we picked up the lot and moved to Melbourne, Australia.

What did I know about finance? Nothing. Just what everyone else knows—get out of debt, get a good job, live within your means, and enjoy the benefits of a Company. I had clues and signs, which I faintly picked up on, but didn't string them together.

My parents worked for the Telco – like AT&T, but it was a government body then. They had a pension plan. My Mum elected to retire at 45 with a simple pension and Dad retired at 55 but stayed on a yearly basis until 62. The difference for him came in the late 70s when all government employees were given a choice – stay on the pension or have a generous lump sum at age 55.

My Dad was the only one who opted for a pension. I remember him saying that he wanted the Government to look after him for life. He had the right idea but he put it in a different way. What he really meant was cash flow. Eventually retirement came and his friends were broke within 2 years. My parents each had a pension, paid their mortgage in full and never wanted for anything until they passed away. A Clue!

I worked for an Airline and was trained to be an Aircraft Engineer. I remain an Aircraft Engineer to this day. Me and many of my uncles worked for the Airline. We were given stock options which we knew nothing about. My Dad knew and he bought the stock options from my uncles each time they were issued. They had no cash to buy themselves and didn’t know what to do with them. When the Airline went public several years later, my Dad had more stock than me and the price had gone up a few hundred percent. Another Clue!

I have an older sister. She's the smart one, always with a quick answer to everything. I always lost debates and arguments because I didn't think as quickly as she did. She finished school, went on to College and graduated with a Degree in Law. She too worked for the Government eventually becoming a Deputy Public Prosecutor. She got married and had six children.

My sister’s husband was in Business. Things were working out well so they bought a house, and another and then took out a loan against my parent’s house to buy a third. They lived with their in-laws. Their first house was used as a weekend retreat. Their second house was used as a warehouse for their goods. The third house was being built. I felt this was wrong, but I did not know how to put it in terms that I have since learned. A disturbing clue.

Robert, do you remember when you visited Singapore? Land was and still is scarce. Three quarters of the available housing was apartments, condominiums and public housing. The rest was houses with some sort of a garden and they were not cheap. My parents had a house and my sister had 3 houses.

In 1997, the Asian financial crisis occurred and all business stalled. My sister and brother-in-law fell behind with their mortgage payments. Eventually they lost all three houses along with my parent’s house. They were both bankrupt.

My Mum passed away in 1994 and was thankfully spared the anguish. My Dad remarried and moved to the Philippines. Remember those airline shares? He bought a house with a little convenience store attached to the building and again built up a cash flow from his business. He was able to come back to Singapore every three months to collect his pension. He still didn't have cash flow problems. Yup – a reinforcing clue.

I had been progressing steadily at my job. In 1994, we bought a house in Singapore and had it extensively renovated, which was my first experience with rehabbing. I drew the plans myself and we loved it and were happy in it. In 1996, the housing market was at its peak and I was urged to sell. Unfortunately, I refused and then the financial crisis occurred and the market fell badly. In 2003, we moved to Melbourne, Australia.

This was the lowest cash flow period ever. We rented a house while I still worked in Singapore and commuted to and fro every school holiday. I did that for 6 years until the job market improved in Australia. After a year, our house in Singapore was rented out and I rented a bedroom of an apartment close to the airport. Our cash flow improved. A clue!

Around 2000, I heard about Rich Dad Poor Dad and I bought your book. I read it and thought what a great idea, but I didn't act on it because of a million silly reasons that don’t matter. Fast forward to 2013…a combination of increased work responsibility and pressure, a company shakeup pending and a health scare made me realize something had to change. The cash flow example that my Father practiced came back to me and I reread your book. I also learned about trading and options and rehabbing and flipping.

I have made some progress in trading and options. In fact, in 2013 I bought two houses in the U.S. After the global financial crisis in 2008-2009, I realized housing was more affordable for me to buy in the U.S. than in Australia, but I didn’t know how to…until October 2013.

I heard about an Australian Company that assists Australians with buying and renting out American homes. We bought two off the plan – big mistake. They were slow to build and didn't complete until March 2015. Fortunately, they are both rented out and we are finally receiving cash flow from them. In April, 2015, I decided I needed to know how to refine and replicate this process. I realized the means to that had been staring at me for so long – a Rich Dad Coach.

I have had a wonderful experience with my Rich Dad Coaches. I have learned so much and feel that I can count on them to point me in the right direction. They have helped crystalize the process of changing my outlook and thinking and have impressed upon me the importance of gathering what Napoleon Hill calls the mastermind [alliance]. In fact, I have begun talks with a colleague about possibly teaming up for joint projects.

The daily use of the cash flow game reinforces this mindset and suddenly I saw opportunities I passed on. I have shared some of my life stories with the Rich Dad Coaches and they have listened patiently and encouraged me when I had doubts and questions. More than being coaches, I feel they are now lifelong friends that share my passion for financial freedom. I am planning to purchase two more houses and continue moving forward.

I have no other way to express my thanks than a simple “Thank You”! I would like to meet you and the Coaches in person and shake your hands, have a meal and say “thank you” for sharing your knowledge and experiences with the world. Your selflessness is rare in these times.

Back to the beginning – remember the book title? My Life as a Rocket describes life as it happens in stages. Just as the Saturn V rocket had significant stages to be used and retired in its journey upwards, our lives happen in significant, deliberate stages.

At this point, the formal Rich Dad Coaching has reached a significant stage. I am so ready to fire up the next one and actually get out there and put it into practice. I don't ever want my wife to be in financial need. I want this to take on a life of its own and our children will carry on with the process. Your books, your teachings and your coaches are helping us achieve that. It means a lot to us.

To your health and happiness. 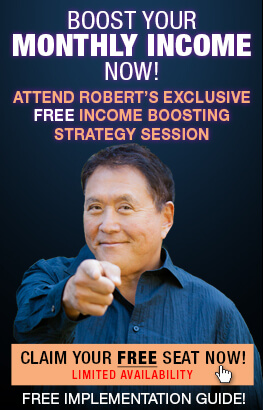 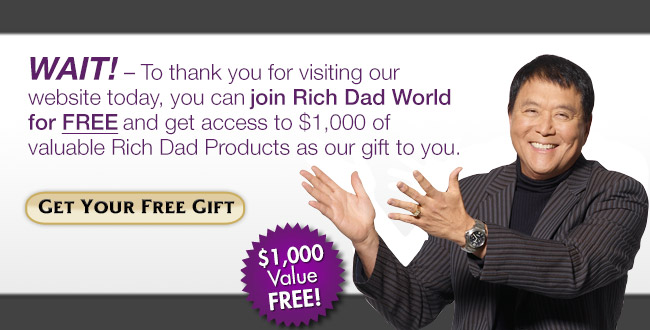